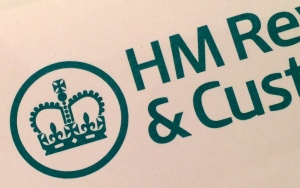 Today’s build up to the Autumn statement reminded me of David Cameron saying earlier this year that “cutting taxes is a moral duty”. When I think about that my blood runs ever so slightly cold.

How can this be right when every individual and business in the UK benefits from our state system? Should every individual and company not pay their bit towards the state education, NHS, good roads, infrastructure and social care that underpins the system in which they operate?

If you’re reading this thinking about school fees and BUPA payments, well, I’m genuinely pleased things are working out for you. Whether you are an employee or boss, however, your business would not have grown and will not survive without a well-educated, healthy, employable, mobile British society.

How does the barista get to work? Where did the coder learn his stuff? How does the latte drinker afford that extra shot? How would Google operate in the UK if we weren’t blessed with a generally educated, curious, social population, that can afford to buy computers? The common good really does benefit everyone. Paying for it, through taxation, is a good, sound and reasonable business expense.

I don’t call for crazy levels of taxation. Legitimate business expenses should be tax deductible. I’m glad the Liberal Democrats raised tax thresholds at the lower end of the scale. I have nothing against profit, per se. Tax avoidance however, whether it’s VAT, excise, income or corporation tax, will bring the whole tower down.

Let’s have a shift in perspective. Forget Cameron. Paying taxes is the moral thing to do.

And if you pay yours already – good on you. You are doing the right thing.